A closer look at the new Apple Watches

I’m very much still working on a full review of the new Apple Watches — specifically the Series 6. As of this posting, I’ve had the wearables in my possession (and on my person) for a little under 24 hours. It’s a special circumstance attributable to the virtual nature of this week’s event.

Simply put, it has given me significantly more time than I would traditionally get amid the press scrum after an Apple event, but not nearly enough to feel comfortable calling this a full review. It’s important to spend some quality time with any device you’re planning to review — and that’s doubly true for a wearable.

A smartwatch needs to be a part of your life for a bit before you can feel comfortable using the word. I have, however, been living with watchOS 7. I’ve also spent plenty of time with the Series 5 and feel comfortable discussing some of the key differences between operating systems and devices.

The design language has remained more or less consistent across the life of the line, with some subtle aesthetic refinements over the years. Given how many of these things Apple has sold — and how the company continues to dominate the category — it’s easy enough to understand why it hasn’t messed too much with the formula here. That goes double for the lower-cost SE, which has a lot of common DNA with the discontinued Series 5. 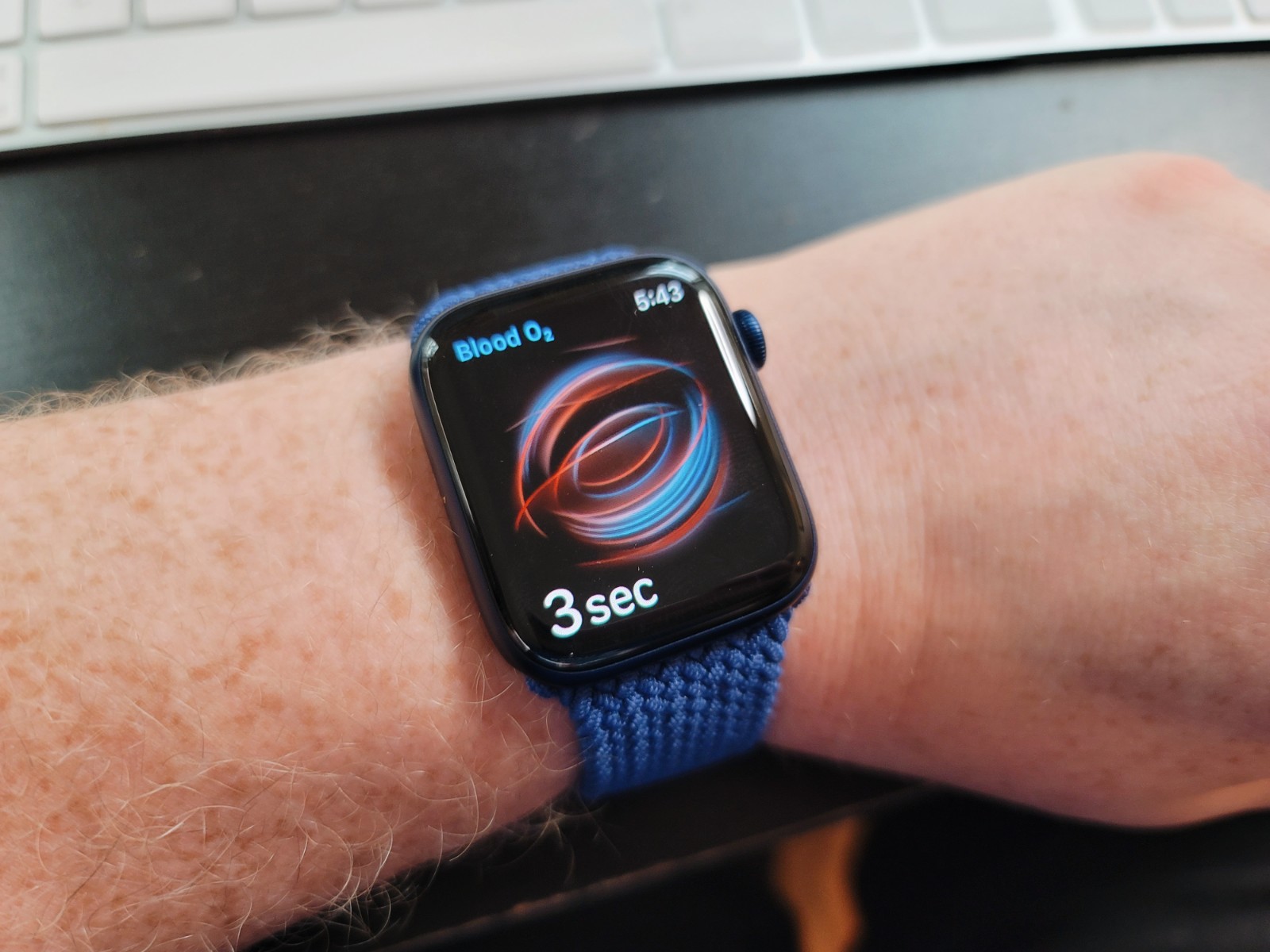 There are some new case colors, however. Blue and a new (Product)RED join silver, space gray and gold aluminum. Apple sent the former, and honestly, I’m a bit surprised at how subtle and deep the blue is. In most lighting, the color looks more like a blueish hue than a louder shade. For most users, that’s probably for the best. The deep blue is something more appropriate for a wider range of situations. From what I’ve seen, the red is a bit louder — more akin to the color on (Product)RED iPhones.

And there’s always the bands if you really want to stand out. It continues to be a proprietary design, but there are a ton of choices on the market at this point — and a lot of third-party options (though I admit I recently had a bad experience with one that tore after a week or so). Solo Loop is probably the biggest addition on the band front, removing the buckle/Velcro from the equation.

There are two primary styles (and a bunch of different colors). I’m partial to the braided version. It more closely resembles the fabric bands I prefer, while adding a little additional design into the mix. I’m less of a fan of the straight-up silicone model — I’ve never really been a fan of the rubbery silicon bands. The Loops are nice and stretchy, but you’ll still want to find which of the 12 sizes best fits you. You can measure and approximate from home, but honestly, it’s going to be a lot easier to deal with when more Apple Stores open for in-person sizing.

The biggest addition for the Series 6 on the hardware front is a blood oxygen sensor. Apple’s hardly the first smartwatch maker to offer the functionality, but it arrives at a key time, when more people are tuned into such numbers amid COVID-19. Here’s how Apple describes it,

The new blood oxygen sensor is made up of four LED clusters and four photodiodes. Incorporated into the completely redesigned back crystal, this new sensor works in concert with the Blood Oxygen app to determine your blood oxygen level. The testing will work in the background, or you can enable it through the app. The process takes about 15 seconds, though there are a lot of variables that can mess up a reading, including how much you move and the tightness and placement of your band. I found myself having to repeat it a couple of times to get a good reading.

It would be great if Apple offered up more contextual information about what blood oxygen levels actually mean. I assume a vast majority of people don’t know what constitutes a healthy level. It’s a tricky line to walk, however. Healthy levels vary from person to person, and Apple certainly doesn’t want to position itself as diagnosing people. The company did, however, mention COVID-19 a few times with regard to health monitoring. 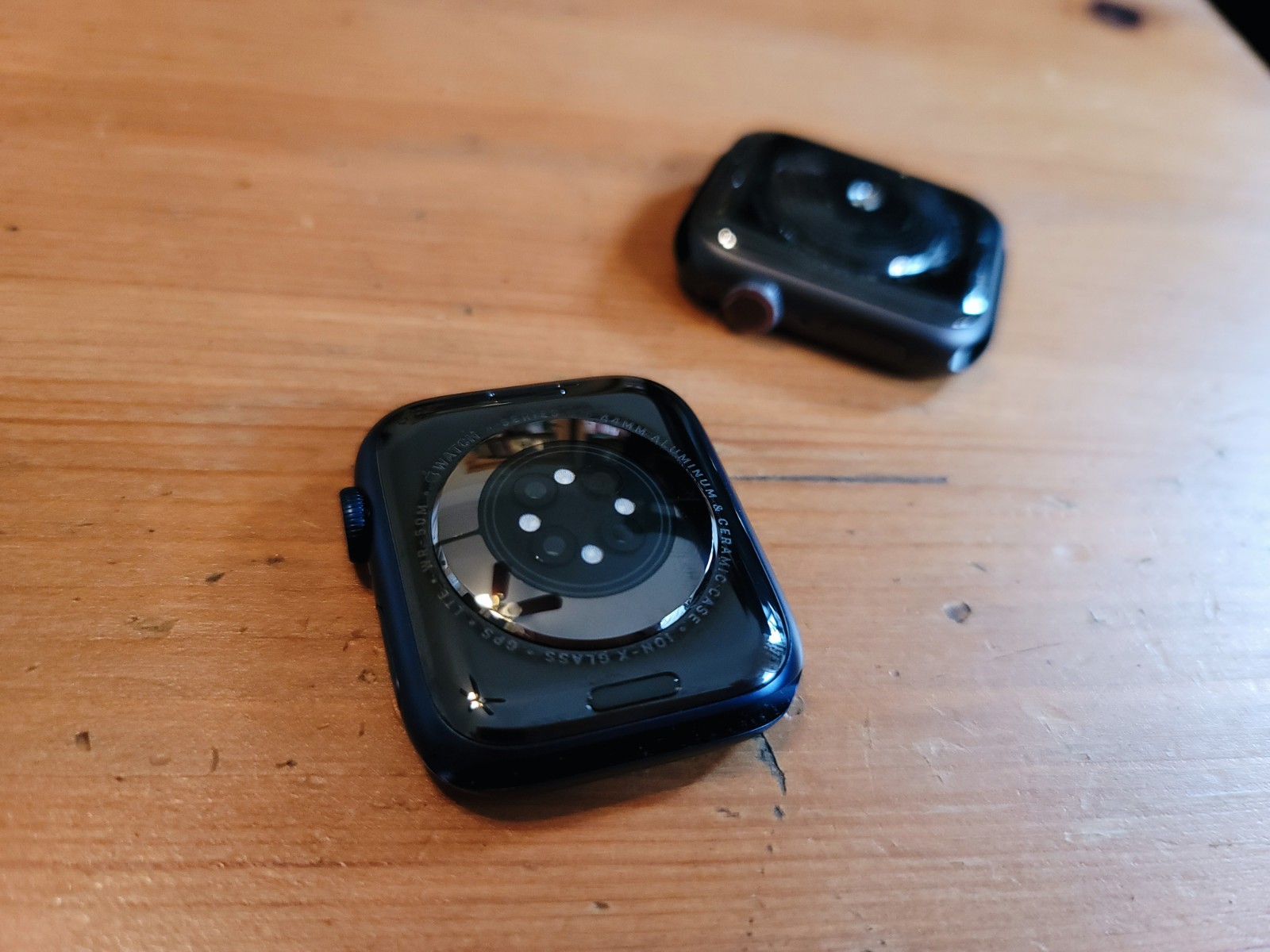 It is participating in some early studies, but again, for obvious reasons, it can’t come out and say it’s going to diagnose you with the condition. Rather, like the rest of the vitals, it can offer early detection of potential underlying problems. The SE, meanwhile, drops ECG monitoring altogether, which may or may not be worth the price differential, depending on what you’re looking to get out of such a device.

My biggest disappointment with Tuesday’s news (and the hands-on thus far) is that the battery life hasn’t changed much. I was really hoping the company was going to announce a big upgrade this time out, to coincide with new sleep tracking. Instead it suggests that users charge right before bed or in the morning (watchOS will pop up a warning if you need a charge before bedtime). 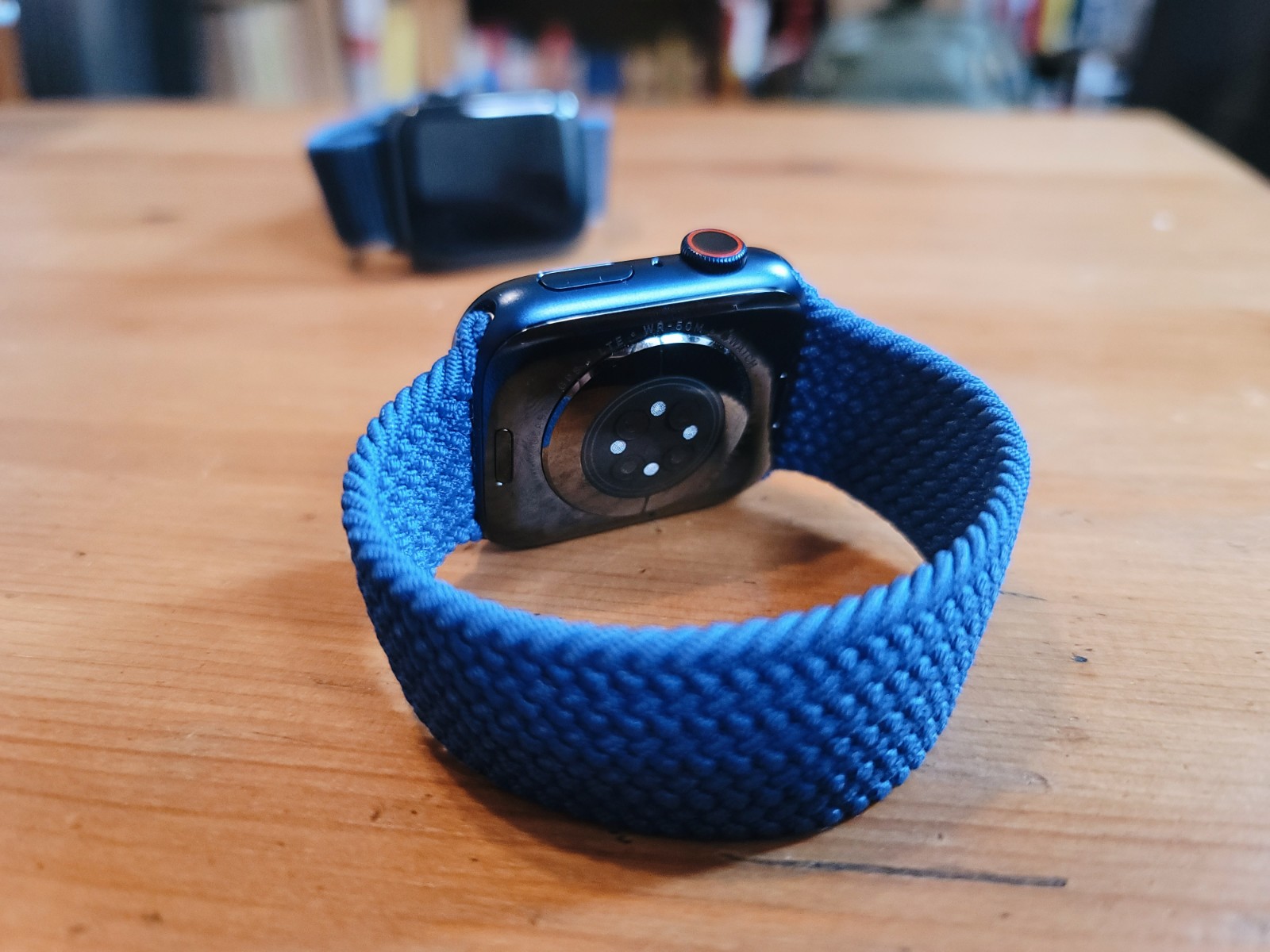 There were some early reports that the company upgraded the battery just slightly, but the current official stated life is 18 hours (same as the 5). I’ve been wearing the watch for about eight and a half hours as of this writing and am at 74%, with the cellular running. The company has stated, however that the S6 processor is more battery efficient than its predecessor. The Watch can also be charged faster, with a full charging in around 90 minutes, which should help with topping up before bed.

Looking forward into more depth with sleep tracking and fitness features soon (though the Fitness+ service will sadly have to wait a bit). I have exactly one night with the Watch under my belt. I apparently slept seven hours and 31 minutes — which is surprisingly good for me. Chalk it up to Disrupt/Apple week exhaustion. The tracking is pretty basic so far, though I imagine it will offer a fuller picture over time. Right now it’s limited to time in bed and time asleep, attached to iOS’s new bed time features. It will also show you what your heart rate looked like over the course of the night.

The hand-washing feature introduced with watchOS 7 works reasonably well, though there’s still so much variation in bathroom acoustics and sinks it can sometimes be an issue, even while listening for the sound of soap squishing between your fingers. For instance, it had a little trouble with my bathroom sink, but was happy to start the 15-second countdown when I wash my hands (or the dishes) in the sink. The Health app collects hand washing metrics over time, including the average time washed and the number of times per day. It’s an odd thing to see mapped out, but Apple’s timing couldn’t have have been better.

So far, the Series 6 isn’t a giant leap forward, but it’s nice to see Apple taking health more and more seriously — and again, it’s going to be great to revisit the hardware when Fitness+ drops. The Series 6 is available starting Friday at $499 for the cellular version and $399 without. The SE, meanwhile is $329 and $279, respectively, while the old standby Series 3 starts at an extremely accessible $199.