Boston Dynamics is just months away from announcing their approach to logistics, the first real vertical it aims to enter, after proving their ability to build robots at scale with the quadrupedal Spot. The company’s new CEO, Robert Playter, sees the company coming into its own after decades of experimentation.

Playter, interviewed on the virtual main stage of Disrupt 2020, only recently ascended from COO to that role after many years of working there, after longtime CEO and founder Marc Raibert stepped aside to focus on R&D. This is Playter’s first public speaking engagement since taking on the new responsibility, and it’s clear he has big plans for Boston Robotics.

The recent commercialization of Spot, the versatile quadrupedal robot that is a distant descendant of the famous Big Dog, showed Playter and the company that there is a huge demand for what they’re offering, even if they’re not completely sure where that demand is.

“We weren’t sure exactly what the target verticals would be,” he admitted, and seemingly neither did the customers, who have collectively bought about 260 of the $75,000 robots and are now actively building their own add-ons and industry-specific tools for the platform. And the price hasn’t been a deterrent, he said: “As an industrial tool this is actually quite affordable. But we’ve been very aggressive, spending a lot of money to try to build an affordable way to produce this, and we’re already working on ways to continue to reduce costs.” 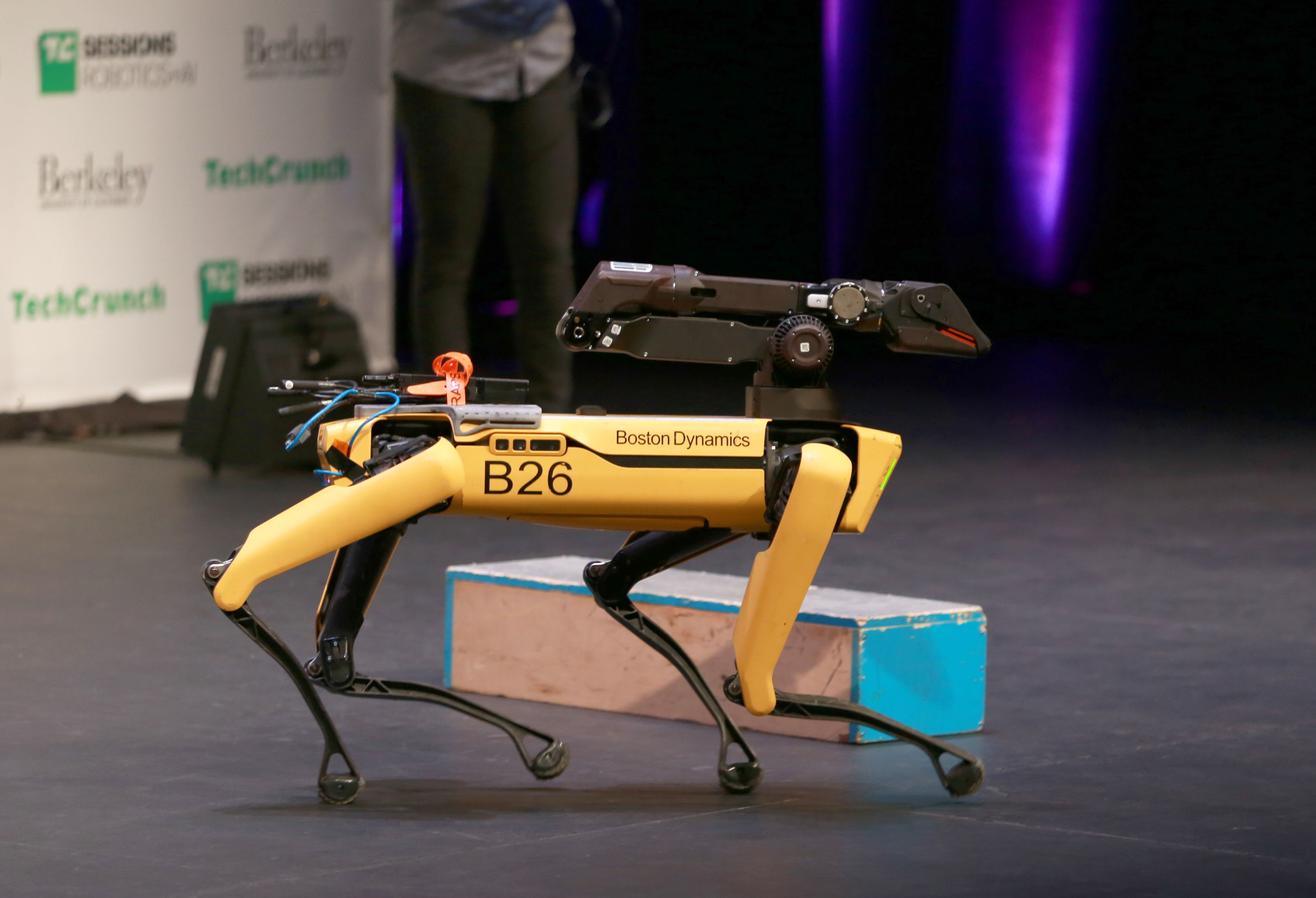 The global pandemic has also helped create a sense of urgency around robots as an alternative to or augmentation of manual labor.

“People are realizing that having a physical proxy for themselves, to be able to be present remotely, might be more important than we imagined before,” Playter said. “We’ve always thought of robots as being able to go into dangerous places, but now danger has been redefined a little bit because of COVID. The pandemic is accelerating the sense of urgency and, I think, probably opening up the kinds of applications that we will explore with this technology.”

Among the COVID-specific applications, the company has fielded requests for collaboration on remote monitoring of patients, and automatic disinfection using Spot to carry aerosol spray through a facility. “I don’t know whether that’ll be a big market going forward, but we thought it was important to respond at the time,” he said. “Partly out of a sense of obligation to the community and society that we do the right thing here.” 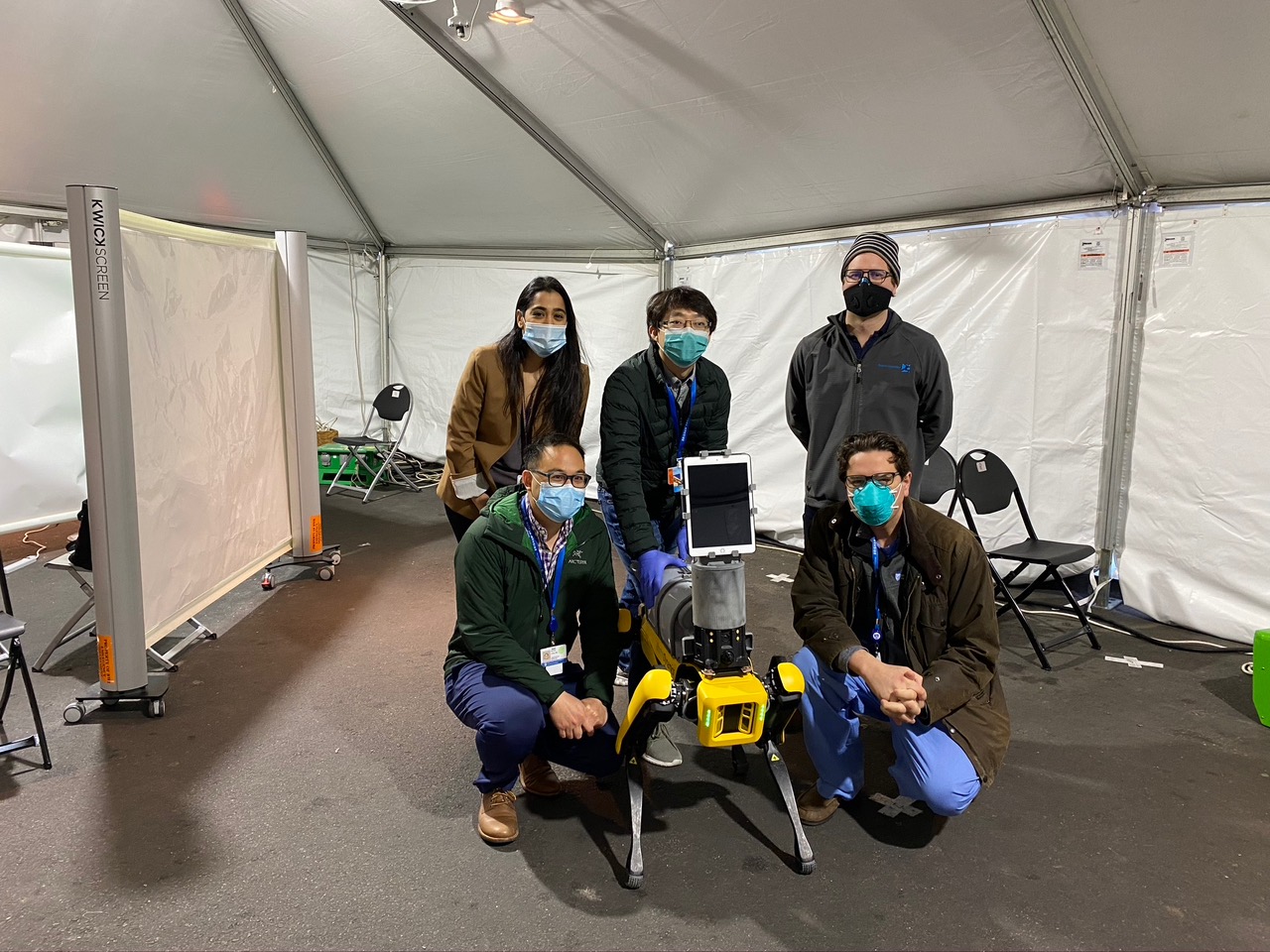 One of the earliest applications to scale successfully was, of course, logistics, where companies like Amazon have embraced robotics as a way to increase productivity and lower labor costs. Boston Dynamics is poised to jump into the market with a very different robot — or rather robots — meant to help move boxes and other box-like items around in a very different way from the currently practical “autonomous pallet” method.

“We have big plans in logistics,” Playter said. “we’re going to have some exciting new logistics products coming out in the next two years. We have customers now doing proof of concept tests. We’ll announce something in 2021, exactly what we’re doing, and we’ll have product available in 2022.”

The company already offers Pick, a more traditional, stationary item-picking system, and they’re working on the next version of Handle, a birdlike mobile robot that can grab boxes and move them around while taking up comparatively little space — no more than a person or two standing up. This mobility allows it to unload things like shipping containers, trucks and other confined or less predictable spaces.

In a video shown during the interview (which you can watch above), Handle is also shown working in concert with an off-the-shelf pallet robot, and Playter emphasized the need for this kind of cooperation, and not just between robots from a single creator.

“We’ll be offering software that lets robots work together,” he said. “Now, we don’t have to create them all. But ultimately it will take teams of robots to do some of these tasks, and we anticipate being able to work with a heterogeneous fleet.”

This kinder, gentler, more industry-friendly Boston Dynamics is almost certainly a product of nudging from SoftBank, which acquired the company in 2018, but also the simple reality that you can’t run a world-leading robotics R&D outfit for nothing. But Playter was keen to note that the Japanese tech giant understands that “we’re only in the position we’re in now because of the previous work we’ve done in the last two decades, developing these advanced capabilities, so we have to keep doing that.”

One thing you won’t likely see doing real work any time soon is Atlas, the company’s astonishingly agile humanoid robot. It’s just not practical for anything just yet, but instead acts as a kind of prestige project, forcing the company to constantly adjust its sights upward.

“It’s such a complex robot, and it can do so much it forces us to create tools we would not otherwise. And people love it — it’s aspirational, it attracts talent,” said Playter.

And he himself is no exception. Once a gymnast, he recalled “a nostalgic moment” watching Atlas vault around. “A lot of the people in the company, including Marc, have inspiration from the athletic performance of people and animals,” Playter said. “That DNA is deeply embedded in our company.”