The Ghana Gas Company has refuted claims that it failed to pitch enough developmental projects in the Western Region.

He said ¢40 million has been reserved to fund developmental projects in the region, but leadership has failed to present a proposal to claim the funds.

“We will like to reemphasise that Ghana Gas Company is committed to facilitating and implementing developmental projects in the Western Region.

“We were surprised to hear the Ellembelle MP making such statements without cross-checking his facts,” he said.

His comment follows allegations by the MP that the Company has neglected the Western Region, which produces the nation most of its natural resources.

According to the PRO, Mr Buah “was the Energy Minister when Ghana Gas decided to create a Project Fund to finance developmental projects in the Western Region.

“Even though it was not implemented during his tenure, we have stuck to that scheme, and today ¢40 million is sitting in that fund.”

Mr Ernest Owusu-Bempah added that they “have reached out to leadership of the operation districts in the western region to come up with proposals so the monies can be released but to date, none of them has presented a proposal.”

He said the Company has, besides the project fund, noting other projects implemented in the Western Region, “constructed a mechanised borehole at Allabokazo.

“Other projects include a four-unit teachers quarters at Anokyi, an ultra-modern nursery facility at Asemnda Suazo and donated two 33-seaters coastal buses to Elembelle Elderly care.” 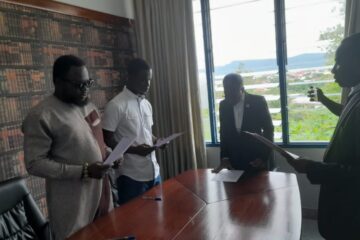 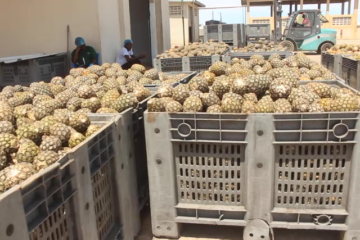 Member of Parliament for Ekumfi, Abeku Crentsil, says he is impressed with the operations of the Ekumfi Fruits and Juices Factory, one of the factories under the government’s One District, One Factory (1D1F) initiative. The Read more…